Advertisement with absent Black woman is dangerous to society

Advertisement with absent Black woman is dangerous to society

This Republic Bank “Kern and Alana's love story” advertisement is an attack on all Black women. Most of us are already struggling to survive as single mothers. Our Black men are often absent fathers in the home which is the main cause of so many of our sons, brothers and nephews being gunned down every day with their blood soiling the streets. Every day, two and three Black men are murdered like dogs. There are few Black role models for our young sons in the home.

And on top of that, you have our young black successful men leaving and making a new home with other women. The bank advertisement shows a fatherless young man living with his granny. He works hard making a backyard garden to eat food in the kitchen. He studies hard at university. He graduates. He buys a car. And after all that sacrifice and care with his grandmother, he gets a job and wants to settle. And who does he choose to marry? Certainly not a black woman. He is too ambitious and bright for that.

Where does this situation leave the Black woman? According to a 2018 U.S. survey, black mothers are four times more likely to be single and serve as the primary breadwinners of their home, as granny is depicted in the advertisement. The headline of a nbcnews item published in 2010 reads: “Blacks struggle with 72 percent unwed mothers rate”. The article begins: “Debate is growing within and outside the black community of how to address the rising rate of unwed mothers. Seventy-two percent of black babies are born to unwed mothers, government statistics say — and changing that is a complex issue.”

There is a clear link shown between family structure and delinquent or gang behaviour. Children who grow up in a single-parent household headed by the mother appear to be most at risk. This finding was published in an article entitled “Black Single Female-Headed Households and their Children's Involvement in Gangs” published in 1992. These kinds of advertisements are setting a trend and promoting a model that is destructive to the black community with a negative impact on society with respect to an increase in crime by black youths. 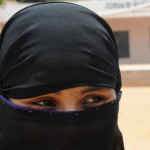