Photo : Greenidge's niece is on the right of Charandass Persaud

It has come as a great shock and grave disappointment to party supporters that the ruling PPP Government in Guyana has appointed the niece of a former Opposition Foreign Minister to act in the position of High Commissioner in India (HCI). On the departure of Mr Charrandas Persaud as the HCI, the PPP Government – who rose to power on the backs of 90% of Indo-Guyanese votes – appointed Renalda Horatio to act in his place in, of all places, INDIA . What ancestry, cultural tradition and heritage does Horatio share with Indians and India?

This appointment was surely made to appease fiery Afro groups in and of Guyana who have been consistently accusing the PPP Government of racial discrimination. The appointment is a strategy to appease warlord Rickford Burke and US Congressman Hakeem Jeffries. Guyana is historically a deeply divided society and Horatio, most likely, has been conditioned and socialized to see things and people in a jaundiced mindset. The position of the HCI demands a deep and comprehensive knowledge, understanding and appreciation of India’s heritage and its history of indentureship.

Would this appointment break PPP’s back, leading Indo-Guyanese to withhold their votes in the next elections? There is growing disenchantment among loyal party supporters that the PPP government in giving more attention to Blacks than to its deserving loyal base. Compare the State resources being pumped into Linden with Berbice and the picture becomes obvious.

It is a clear case of reverse discrimination and political appeasement to the Black-based PNC Opposition for fear of protests and violence. The PPP Government has done practically nothing to achieve diversity, equity and inclusion in Government Ministries, State enterprises and institutions, the protective services, and the Judiciary. The PPP Government is afraid to publish statistics on the ethnic composition of Government employees for fear that Indo-Guyanese would see that they are minimally represented and “their” Government has done nothing really to improve their living conditions. 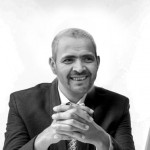