With the death of Queen Elizabeth, nationalists in former colonies especially in Guyana , Africa, and India have been bringing to the fore, reminding the public of the historical abuses people suffered under British rule. Tens of millions were starved to death in India and Africa because Britain diverted food from the colonies to Britain and Europe. Millions more were slaughtered for their opposition to colonial rule.
It is noted in a social media article that under British rule, India witnessed 31 famines, with the last one killing 4 million people in 1943 (#BengalFamine). During the same time, 300, 000 tonnes  of wheat were exported from the Indian Deccan plateau to England. A pix was released, a cartoon, showing “well-fed and rich Europeans/travelers from the West clicking our poor ancestors under the attack of intense famine and humiliation)”. 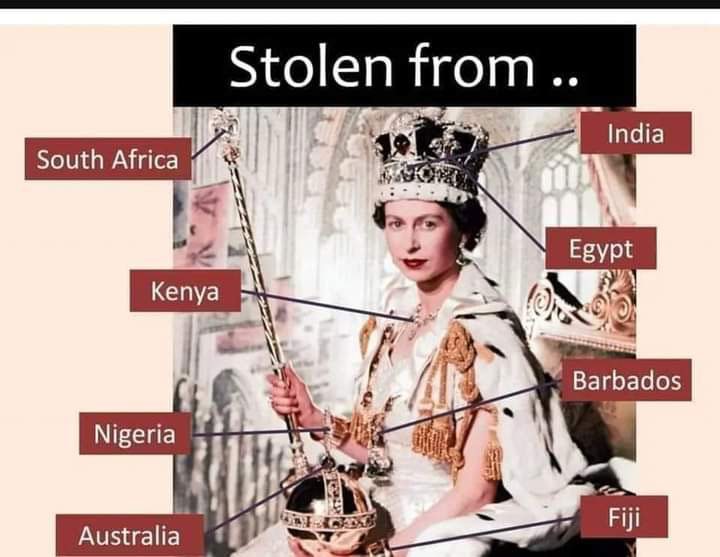 The social media commentary continues:
“In #LateVictorianHolocausts, #MikeDavis points out
that there were 31 deadly famines during the British rule of 200 years compared with 17 famines in the 2,000 years before British rule. Journalist and author #Madhushree Mukherjee in her book #Churchill’s Secret War captures a complete picture of the famine - despite a substantive harvest in 1942, the Indo-Gangetic plain was hit by famine; Bengal received the hardest attack. 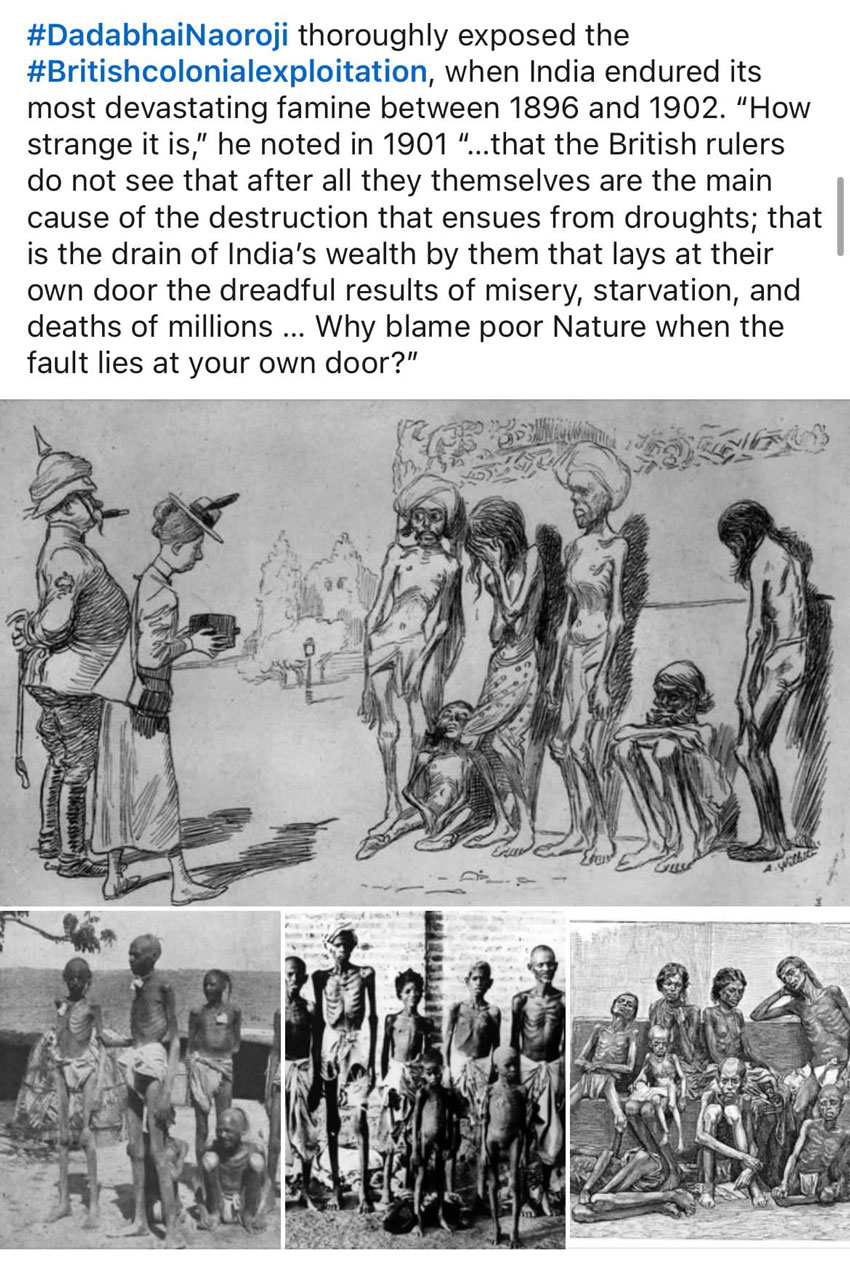 Besides diverting food from India to England and Europe, Britain bled india and Africa of precious  stones and gold. Shashi Tharoor, a world renowned scholar, estimated that some US$45 Trillion of food, materials, and precious stones and gold were looted out of India and sent to England for free.
Famine in India Queen Elizabeth Bengal Famine Dr Vishnu Bisram