In a social media post one day ago, an Afro-Guyanese man said that he thinks he will have to change his name to Persaud or Singh in order to get a loan in a bank in Guyana .

These people are beyond redemption. I just spoke to the director of a local Guyana bank and he confirmed that 60% of their recently approved loans were Afro-Guyanese. But this mantra of racism will continue until their forward March is halted by the production of ethnic based data.

I ask this gentleman a couple of simple questions: “Do you or your associates had to change your names in getting Covid and other grants?” “What happened when your government was in office (2015-2020). Did you change your name to get a loan?” “Why didn’t you get a loan then using your own name?”

Also when the PNCR set up the National Coop Bank as well as the Agriculture Development Bank, and over 80% of the loans were allocated to this gentleman’s ethnic group, did Indo-Guyanese have to change their names to Williams or Mentore to become qualified for loans? And by the way most of the loans offered by those two banks were not repaid.

Every problem the PNCR converts into a race issue. What is most distressing is that the commercial banks in Guyana are not owned or operated by the government. Yet they blame the government 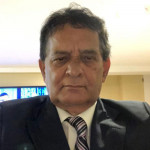