The Guyanese, Caribbean, and South Asian communities in UK have lost a community advocate gem when Deva Sarran Samaroo passed away earlier this month. He did so much for various groups in England. He was also generous and kind towards members of his extended family in Guyana.

There are few like Samaroo in England, a man immersed in community life and volunteerism and who was interested in India-Guyana and India-UK relations. He visited India multiple times, and consider current Prime Minister Narendra Modi as his hero. He was among a few Guyanese who attended several of the annual Pravisi Bharatiya Divas (PBDs) in India including the first two in Delhi in 2003, and the following year 2004 when Guyana ’s former president Bharrat Jagdeo was the Chief Guest.

From Delhi, to London, to Australia, to America, and to Guyana, people spoke positively in tribute to Samaroo and of his many significant contributions to society.

Devan Samaroo was well known among Indians, South Asians, Guyanese and Caribbean people in London volunteering his time to help make lives better. He came from a very Hindu religious background from Canal Number 1 in Guyana, but he was respected and admired by Hindus, Muslims, Sikhs, and Christians. His volunteerism, humanitarian efforts, spirituality and generosity was boundless and impacted many lives.

He had friends in Sydney, Fiji, and India; all were shocked at his passing since only days earlier he had spoken with many of them. I myself spoke with him a few days before he fell ill, talking about Guyana and experiences in trips to India and about life in the UK. I visited London several times but never had the opportunity to meet Samaroo; I heard about him through others including friends I have in Delhi and Sydney who know Devan through visits to London. 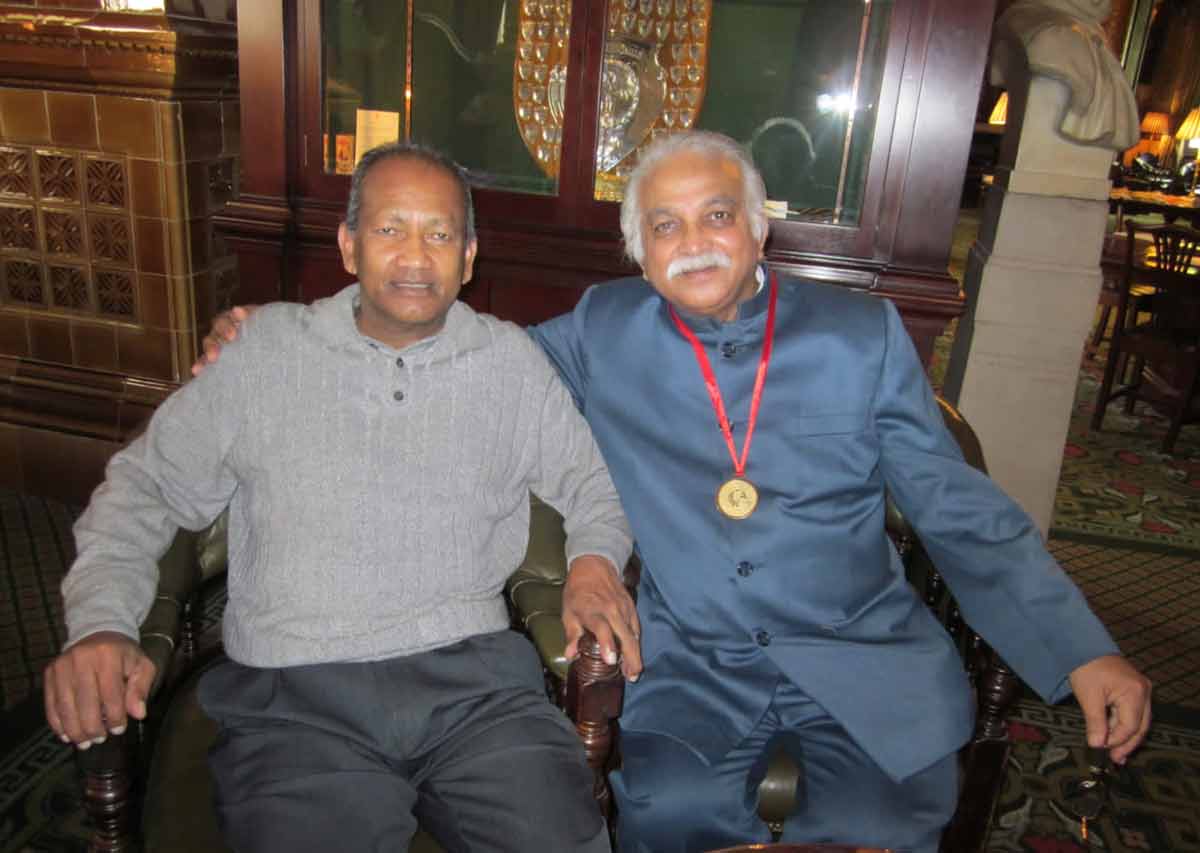 I only communicated with Devan through phone conversations; what a gentleman, so friendly and warm on the phone! How knowledgeable he was of the scriptures and of early life of Guyanese and other immigrants in the UK. Guyanese and other immigrants had to overcome so many challenges and adversities in England during the 1960s thru 1980s when racism was very rampant. Samaroo had joined the group championing citizenship for Windrush immigrants who came to UK after WWII to fill labor shortage. He felt England did a disservice and injustice to them by denying citizenship.

He was formerly of Canal Polder in Guyana and he left Guyana in 1961 to study medicine in UK. He didn’t become a doctor but worked in the medical professional after qualifying as a nurse. He began a professional health care career and continuous community service in many areas of interest and beneficial to all communities.  In the process, he received many awards and commendations.

Samaroo was quite active on Guyanese affairs in England. He was in the thick of the Guyanese independence movement in London when he was a foreign student. He met Dr. Cheddi Jagan and other stalwarts at the 1964 independence conference in London.  When the signing of the charter to grant British Guiana its independence, he was there in the audience to witness that history making process. He subsequently met Jagan several times thereafter during the struggles against the Burnham and Hoyte dictatorships and after the restoration of democracy in 1992 when Jagan visited London. He was also a contributor to that struggle for the restoration of democracy in Guyana. Samaroo also met other Guyanese leaders, including former president Bharrat Jagdeo and other PPP politicians, whenever they visited London post 1992.

Ashook Ramsaran (also Guyanese born), President of Indian Diaspora Council, met Devan several times in London, describing him as one of the nicest person he has met. Samaroo was described by Ramsaran as “a man of high caliber and integrity” and who saw positives in people even when their intentions were not always good. The Indian Diaspora Council (IDC) in a press statement,  paid glowing tribute to Samaroo describing him as an “outstanding personality and being an ardent community advocate”. Samaroo helped “to bridge ethnic and religious divides and forge dialogue, consensus, and advocacy for common goals”.

A brief excerpt of the eulogy tribute to Devan Samaroo says his passion has been to community service and nursing. After schooling in the health field, he served as Senior Nurse at Harefield Hospital for Intensive Care. At Harefield during the 1970s, he was part of the team that performed the first heart transplant, heart-lung transplant, and then heart, lung, and liver transplant. After retiring as a nurse, he decided to pursue a lifelong interest in Hindu sermons. He was well versed in the Hindu scriptures and his marriage to an Indian national from Delhi furthered his interest in Hinduism and India.

He became a Hindu chaplain in a North London Hospice. It was the first multi-faith hospital in UK. He offered spiritual care to patients with a purpose to bring comfort to them regardless of faith. There, he also practiced and taught yoga and meditation class for those providing care and for patients, staff, and volunteers.

Samaroo helped many Guyana immigrants in the UK, receiving them at the airport and helping with accommodations, a rarity for Guyanese Britons. He guided them through their education and in helping to find jobs. He assisted family members in Guyana with financial assistance. He helped to set up members of his extended clan in Guyana to start business. He has had altruistic intention to improve peoples’ lives, giving grants and even entering into verbal partnership providing the seed money for businesses. He recently provided funds for the purchase of a mini bus to operate as a small business. The partner/beneficiary was to use the proceeds to help others in the Canal Polder community to make their lives better. Hardly a penny was doled out to anyone. The beneficiary ran the mini bus to the ground without any return to Samaroo. But that did not dissuade Samaroo form helping others. He gave some US $30K equivalent in English Pounds to a cousin to be invested in a small business in Guyana. There was no return on the investment and the cousin could not be heard from again about the investment.

Condolences are offered to Deva’s family.  His family should take comfort in the fact that the good life he lived and his kindness would be remembered for a long time.