The case in Guyana against attorney Nirvan Singh on the basis of allegations made against him by female police constable, Shawnette Bollers, is finally in court, and hopefully the truth will come to light.  According to various newspaper accounts, Ms. Bollers was subjected to “loud and aggressive” behaviour, “defamatory words” and “racist expressions.”  She has also stated that she is currently undergoing, “counselling and therapy to help her restore her ‘normal sleep and eating patterns ravaged by slander and attendant events.’”

In the words of her lawyer, her “reputation has been seriously injured” having been subjected to “ridicule.” The PNCR has become involved calling on the Women and Gender Equality Commission and the Ethnic Relations Commission to investigate, and the Red Thread in a letter to the Stabroek News repeated Ms. Bollers’ allegation of being “spat upon, chased out of the premises, insulted racially.”

Any person who claims to be “ravaged” by slander such that her “normal sleeping and eating patterns” have gone out of whack, and who has been the victim of “defamatory words” and “racist expressions” needs to be taken very seriously, and I am happy that at last the matter is in court where she can receive justice.

As I read Ms. Bollers’ account of her experience, I could not help remembering January 12, 1998, a day of terror in Georgetown, when a number of Indian women were subjected to abuse and assault of a totally different and ignominious kind – their clothes were ripped off their bodies by other women – African women.  And in broad daylight to the delight and applause of onlookers they were sexually molested and humiliated.

I could not help remembering the East Coast woman Anita Singh, a victim of the crime spree on 2002 when, who had her long black hair chopped of in a home invasion by an Afro youth who screamed at her, “I don’t like cool..s.”

We grieve for all women who have been subjected to the kind of abuses Ms. Bollers alleges. Such abuses are all too frequent in our male-dominated society. Though the incident Ms. Bollers claims is virtually insignificant when compared to what happened on January 12, and to the outrage committed on Anita Singh, the hurt can be very real and cannot be dismissed.

Can we imagine then what the Indian women on January 12 and Anita Singh must have gone through? They were not abused by “defamatory words” and “racist expressions” ugly as these are. They were sexually abused with women ripping off their clothes preparing them for the ultimate violation, and Anita’s hair was chopped.  Both these acts, sexual molestation and hair shearing, are used as weapons of war against women to punish the “other side.”

For the January 12 women and Anita Singh, the full extent of whose stories have never been told, there has never been a healing closure.  They have never had their day in court.  No justice.  If by some miracle the perpetrators can come forward today and say sorry, may be this will go some way in bringing about some healing.  Till then these women will have to live with the memory of their shame and degradation. In the meantime, we have to thank GIHA and women like Ryhaan Shah, in the face of hostility and denial, who rescued and embraced these women helping them to restore their human pride and dignity. 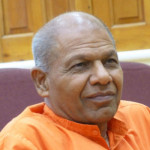