Today, Indians in South Africa, numbering 1, 4-million - equivalent to the population of Trinidad & Tobago and Mauritius - both indentured sugar plantation destinations – have become integral of a progressive, multicultural and racially diverse city sitting on the edge of the Indian Ocean Rim – a strategic gateway into Africa. Indian South Africans are uniquely characterised by their pukka Indianness, and Indianisation dominates all aspects of their daily lives and livelihoods.

As this diaspora grew from a pioneering first batch of 346 to 200,000 between 1860 and 1911 –  Indians continue to spread their languages and dialects, cultural and religious zeal, and they remain passionate about their diaspora, cuisines, economic activities that have collectively enabled Indians to survive and thrive under the African sun. They look to India as their motherland, but are grateful to their African hospitality, history and heritage.

Now integral to the cultural melting pot of a new, liberated South Africa, Indians maintain their strict status quo while attempting to assimilate to the rainbowism of the new nation of 62-million mainly black African majority and millions more of economic migrants from the rest of Africa, India , Mauritius, Pakistan and Bangladesh. By and large Indians were deterred by colonial and apartheid laws from inter-marrying or violating the stringent colour-bar that prevented mixed-race liaisons. A central legislation that prevented Indians from freely integrating socially or intimately with the black and white race groups in mixed marriages has been the Immorality Amendment Act, 1950 (Act No. 21 of 1950), a no-nonsense law that barred and banned the race groups from inter-mingling with each other.

They prefer Indian and White men

Certain sections of the 1957 act dealing with prostitution remained in force as the "Sexual Offences Act, 1957". Between 1950 and the repealing of the law in 1985, 19,000 people were prosecuted and thousands more were arrested without a trial, with jail terms not exceeding five years. Among the offenders were hundreds of Indians. Indians were deterred from flouting or violating apartheid laws. The separation of people of colour into ghetto-like townships and group-areas gulags deterred Indians from straying from their strict cultural-religious upbringing, customs, rites and rituals and engaging the other race groups in mixed marriage and romantic liaisons.

Ten years after the Immorality Act was repealed, SA registered its first inter-racial marriage. A Zulu-speaking activist Protas Madlala and a white woman, Suzanne Lecierc was the first mixed-race to tie the knot in June 1995 after the across-the-colour-line marriage ban was lifted. However, Indians have been slow on the take-off to marry out their strict customs, culture and religion, except in more cases than not Indian women preferred to marry White men.

Among the other ethno-race groups inter-marriage has turned the country into a racial blender of mixed-race families. The pace of Indians marrying across the colour lines has been slower in the past 28 years of democracy.

Inter-racial marriage is still taboo among this conservative bloc that is not homogenous. The very minimal mixing is based on backgrounds of the law, religion, culture, deep conservatism and apartheid had kept Indians away from the mixing socially except in the workplace with separate facilities until laws were changed. Older generations are reminded of the haunting images from the apartheid past, Peeping Tom security police agents spied on mixed-race couples. Inter-racial marriages with blacks are discouraged and frowned upon. If they do tie the knot, families are reluctant to advertise these new-wave relationships. Apartheid laws had contributed immensely to deterring Indians from tying the knot across the colour lines and having mixed-race families.  Indians tend to inter-marry Whites, Coloureds, Malays and foreigners. 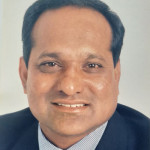