Over one and a half million Indians were transported as indentured labourers to work on colonial plantations throughout the world during the nineteenth and early twentieth centuries. Their descendants have since played significant roles in the political development of several of these nations in their struggle for independence and beyond, and many of them have gone on to hold the highest offices of the land. Looking at five countries – Trinidad and Tobago, Guyana, Suriname, Fiji and Mauritius, all of which have large Indian populations, we can see who has had the honour of leading their country.

In Trinidad and Tobago, Indians had to wait a long time after gaining independence in 1962 to see a fellow Indian as head of government. There have been two Indian Prime Ministers – Basdeo Panday was the first (1995 – 2001), Kamla Persad-Bissessar the second (2010 – 2015). The largely ceremonial position of head of state, or President, was filled by Noor Hassanali from 1987 to 1997. 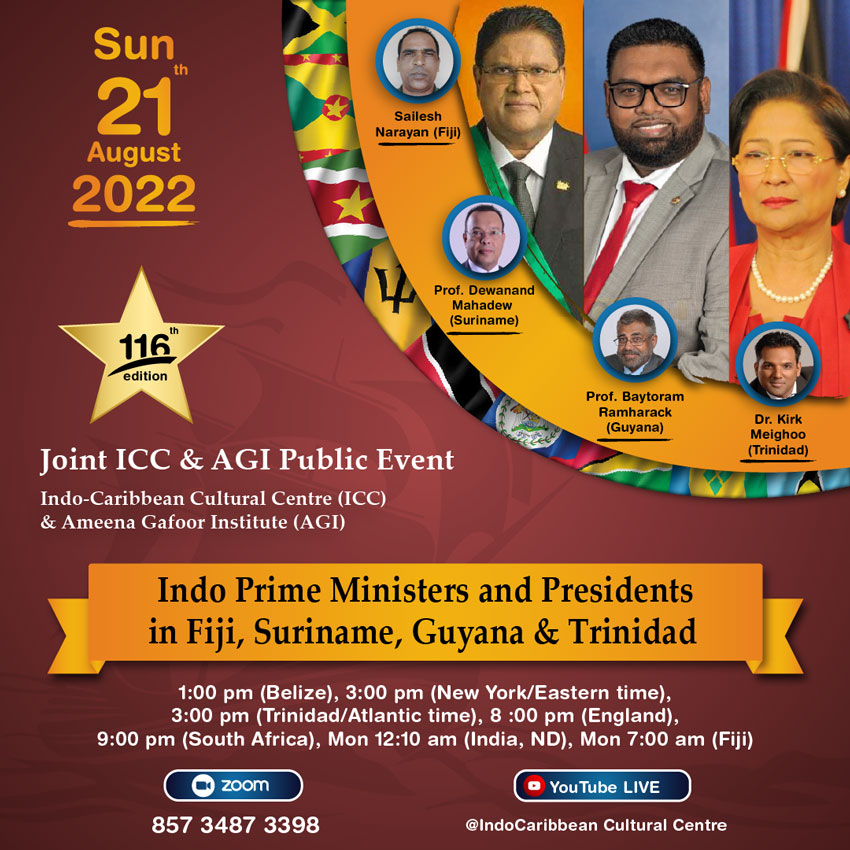 Although Cheddi Jagan was the first Chief Minister and Premier of British Guiana , he was denied the opportunity to lead his country to independence, but was elected head of government as President in 1992, dying in office in 1997. Since then, Bharrat Jagdeo (1999 – 2011), Donald Ramotar (2011 – 2015) and Irfaan Ali (2020 –) have filled that role, with the latter still in office. The role of Prime Minister, nowadays an assistant and advisor to the President, has been held by Bharrat Jagdeo (for two days in 1999 in order to succeed Janet Jagan as President when she stepped down from the role for health reasons) and Moses Nagamootoo (2015 – 2020).