Navratri [Hindu New Year] and Ramadhaan - What are the similarities? PART 2 OF 2

Navratri [Hindu New Year] and Ramadhaan - What are the similarities? PART 2 OF 2

The sighting of the crescent moon at sunset on Tuesday April 13th 2021 was significant for both Muslims and Hindus.

For Muslims, it marked the first night of the ninth (9th) month of the Islamic calendar, Ramadhaan.

For Hindus, the sighting of the new moon (Chandra Darshan) was particularly significant because it signaled the time for devotees to worship the Moon God Chandra Dev.

Like Muslims, they observe a strict fast and abstain from food and drink throughout the day.

An important Hindu ritual associated with fasting is being charitable. While fasting, Hindus offer items such as clothes, grains and sugar, especially to pandits and gurus.

They donate in order to be bestowed with good fortune and prosperity by Chandra Dev who is believed to be the major influence life on Earth. This practice is common to Hindus from Maharashtra.

But this date also marks Chaitra Navratri which is one of the two key Navratri days in the year.

The significant period runs for nine (9) days, ending on April 22nd 2021. Observances will be constrained due to the pandemic restrictions to congregating.

Ghatasthapana is the beginning of the nine-day Navratri. According to the scriptures, there are distinct rules for Ghatasthapana, which is the invocation of Goddess Durga.

The best time for Ghatasthapana on Pratipada is the duration from morning, beginning before sunrise until 9.30 am.

The next auspicious time is Ghatasthapana Abhijit Muhurat: 11:12 AM to 12:02 PM.

Muslims pray without tangible items, except for a prayer mat.

On the other hand, Hindus performing puja require a number of tangible and natural items.

These include images of Maa Durga, a wide clay pot with soil to sow the 'Sapta Dhanya' or seven kinds of grains, a steel or brass pitcher kalash), clean water, red thread, betel nuts, coins for the kalash, a small twig of the mango tree with five (5) leaves, a small bowl of rice grains, a coconut, flowers and durva  grass.

While the rituals may differ between Muslims and Hindus, the objectives are the same i.e. to increase spirituality in the hope of attaining closeness to, or oneness with the Supreme Being. 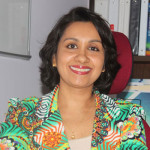