Draw thy breath in pain...

To tell my story."

Or Not to Be is an extraordinary novel. It is a literary-historical detective story unlike any other in English literature. Set during the reigns of Queen Elizabeth I and King James I, England looks outward to overseas expansion, while at home the struggle for power sees the presence of a large number of Spies and Informers who lurk in the shadows.

Amidst religious and political intrigue, the Queen, a lover of literature and languages, promotes story-telling and theatrical performance. Writers are highly valued. But putting pen to paper is not a free for all. For a few who write poetry and plays, it is a dangerous vocation.

Authorship and publication were not straightforward matters. Nonetheless, from this period of English history, comes a standard of writing hitherto unknown.

In this literary tapestry; an interweaving of verse, poetry, drama and prose, Ron Ramdin uses Artful Reason to unravel a centuries-old ‘mystery.’ He tells the hidden story, not of a Myth, but of a Man: England’s greatest Dramatist and Poet, William Shakespeare.

Above all, Or Not To Be is a compelling novel novel; a story of truth, humanity and hope.

It is a story to pass on… 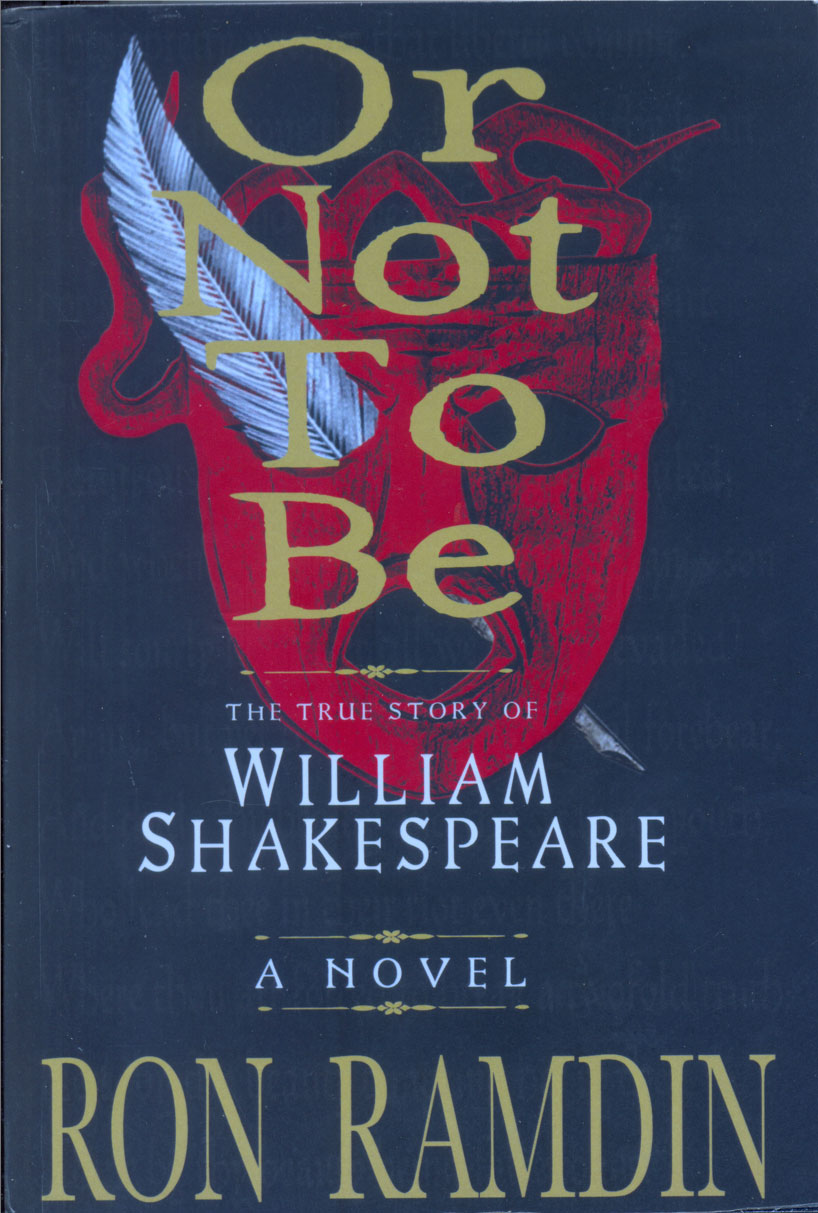 RON RAMDIN is an internationally known author of sixteen books, spanning six genres, including three novels and a play featuring Sam Wanamaker (Founder of Shakespeare’s Globe Theatre) and Paul Robeson as Shakespearean actors in Othello.  Elected as a Fellow of the Royal Society of Arts and a Fellow of the Royal Historical Society, Ron Ramdin is the recipient of the University of London’s prestigious Higher Doctorate – the Doctor of Literature.  He lives in London.

RON RAMDIN was honoured by the Windrush70 Foundation as a Pioneer and Champion when the organisation hosted a Special Event in Brixton Town Hall on Friday 14th December. Ramdin who has been described as a pioneering writer and ‘outstanding Thinker of our time’, has authored sixteen books, spanning seven genres (including a play featuring Sam Wanamaker, Paul Robeson and Shakespeare’s Othello). His book TURNING PAGES: The Extraordinary Autobiography of Ron Ramdin is rated by readers as ‘absorbing,’ ‘riveting’, a ’masterpiece’. The previous works of the Marabella-born writer, include History of Trade Unionism in Trinidad and Tobago , The Other Middle Passage and From Chattel Slave to Wage Earner . Given his long-standing literary career encompassing the period from mid-20th to the 21st centuries, Culturepulse Magazine has published Ron Ramdin’s ON RESPECT FOR DIFFERENCE (a profound and original Essay on human relations) in its entirety as Special Issue 44: ‘A Dedication to Ron Ramdin for his Contribution to Literature in the Diaspora.’