The library should not be named after Williams who was racial against Indo-Trinidadians . Indeed, all names of him should be removed on existing buildings. Williams was a historian, not a medical doctor or financial expert. Why name The Eric Williams Financial Complex, and the Eric Williams Medical Sciences Complex after him? Why the lobby to remove Columbus statue alone?

In his notorious speech “The Danger facing Trinidad and Tobago and the West Indian Nation”, Williams attacked Indo-Trinidadians as “a recalcitrant and hostile minority of the West Indian nation…” (See Eric Williams’ book, Inward Hunger  (1958)). In response, Williams’s PNM party colleague Dr. Winston Mahabir said afterwards that “we felt guilty for the lies we had preached to the Indians about the genuineness of Williams and the Party.” (See Mahabir’s book In and Out of Politics  (1975)). Williams was angry because the Opposition Indian-majority DLP party had won six seats against the PNM four in the March 25th 1958 Federal Elections.

Since the 1961 elections, the ruling PNM has always had a strategy of padding the country with nearby illegal island immigrants. The elections have also not been fair in the country with the introduction of the voting machines in 1971 - after abolished - and the gerrymandering of electoral boundaries. The construction of low-cost government houses in mainly marginal constituencies have always been a strategy by the PNM to steal elections. 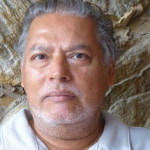