This is the fourth part in an ongoing series on the political history of Indian leadership in Trinidad. Last week, we looked at the life of Adrian Rienzi and his involvement in the labour movement as well as his fight for equal voting rights. In this article, we will look at one of the most influential Indian political leaders that time has sadly forgotten.

At just thirteen years old, Bhadase Sagan Maraj had to become the man of the house after his father was murdered. At nineteen, he became a small scale contractor selling materials to the American bases and even purchased the United States Army installations from the U.S. Government for a reported sum of $182,000.

Bhadase Sagan Maraj successfully ran as independent candidate in the 1950 General Election and used his political prowess to unify the Sanatan Dharma Association and the Sanatan Dharma Board of Control to form the Sanatan Dharma Maha Sabha in 1952. He was also the leader of the All Trinidad Sugar and General Workers' Trade Union around the same time.

Prior to the 1956 General Election, political parties were non-existent. Although there was the Trinidad Labour Party and the Butler Party, they were parties only in name and were essentially glorified labour movements. There was no clear sense of political ideology and the vast majority of candidates ran as independents.

Contrary to popular belief, however, the People’s National Movement did not usher in the era of party politics—though its arrival certainly coincided with it. In the History of the People of Trinidad and Tobago, Eric Williams credits himself for birthing party politics. But the stark reality is that Williams came into office at a time when the constitution did not impose severe restrictions on legislative powers.

Prior to the constitutional reform of 1955, the leader of the ‘party’ that secured the most number of seats in the Legislative Council did not preside over the Executive. The leader of the Executive was determined by a majority vote in the Legislative. Although the Butler party won the most number of seats in 1950, Albert Gomes was instead elected as Chief Minister. The 1956 General Election was the first election where the leader of the party who captured the majority of seats was installed as Chief Minister.

It was the constitution itself that did not allow party politics to thrive. It should come as no surprise therefore that the number of independent candidates drastically decreased from 91 in 1950 to 39 in 1956. Moreover, whereas independents captured six seats in 1950—the second highest number that year— only two secured seats in 1956.

In 1953, Bhadase Maraj shook the political landscape when he merged with the other independents—all of whom were Indians—as well as one other Indian member of the Legislative to form the People’s Democratic Party (PDP).  The PDP was therefore the first real attempt at party politics and by the following year, the motion for constitutional reform was established.

After losing to the PNM in 1956, the PDP merged with Albert Gomes to form the Democratic Labour Party (DLP). The DLP defeated the PNM in the 1958 Federal Election, winning six seats out of ten. It was this defeat that saw Eric Williams launch perhaps his most vile attack. Not only did he accuse the DLP of fighting the election based on race and even stealing the election, but the infamous “hostile and recalcitrant minority” statement lives on to this day.

This statement, however, has overshadowed the events of the time that triggered it. When Eric Williams returned empty-handed from a taxpayer-funded trip abroad to secure a loan, he introduced Pay As You Earn (PAYE) to fund the PNM’s first Five Year Development Plan. The DLP was founded on the principle of lower taxes and opposed the introduction of any new taxes.

Around the same time, a similar discussion was taking place in India. Then Indian Prime Minister, Jawaharlal Nehru, was in favour of development via taxation. Williams was therefore suggesting that Indians in Trinidad were “hostile and recalcitrant”—unlike the Indians in India—for not supporting his plan of taxation.

Williams also alleged that the DLP circulated 10,000 copies of a letter addressed to “My Dear Indian Brother” which was signed by “Yours Truly, Indian” and warned of impending doom if the Indian population did not win the election. DLP meetings were always interrupted by gangs of hecklers, but Williams obviously distanced himself from the group. At the time, the marabuntas—a group of orphans that Williams took under his wing—were suspected of disrupting meetings.

When the PNM came to office in 1956, they put a freeze on funding for the construction of SDMS schools. This was not lifted until 1989. Yet this did not deter Bhadase. Several schools were built using his own money, but the government refused to open them.

In 1961, students were locked out from the Caroni Hindu School despite the school being approved by an engineer since 1959. The reported cost of construction was $30,000. For the students, the closest available school was either in Warrenville or Charlieville. The Caroni school would have saved them a lengthy trek through miles of cane fields.

It is indeed a rather unfortunate part of our history that the man who was a member of the Legislative—along with Albert Gomes and Roy Joseph—that first motioned for universal education was unable to enjoy the fruits of his labour because of one man’s desire to take credit for an entire project when all he did was lay the final brick on a foundation that many others built.

Bhadase Maraj had fallen ill shortly after the Federal Election and leadership of the DLP passed on to Rudranath Capildeo. But he returned to politics in 1971 for one last run. The PNM ran virtually unopposed that year due to an election boycott. They won all seats.

The DLP had split into rival factions by this point and Bhadase’s wing of the party was one of the few parties that contested the election. In his autobiography, ANR Robinson, then leader of the Action Committee of Democratic Citizens (ACDC), admitted to sabotaging Bhadase. The ACDC boycotted the election at the very last minute and urged ACDC supporters to vote for the PNM instead. Robinson claimed that this move “obliterated” Bhadase from the political landscape but the facts do not support his argument.

While the PNM outright defeated his other candidates, Bhadase only lost by a margin of 224 votes. The only other candidate from his party to lose by such a narrow margin was Sat Maharaj who contested the St. Augustine seat and lost by a margin of 335 votes. Bhadase’s popularity was undeniable and it would be far from accurate to suggest that this defeat obliterated him. His political career came to an end when his life came to end just five months after the election.

THE MAN, THE MYTH, THE LEGEND

Bhadase was a man of large stature and a fierce wrestler in his days. He carried this larger than life persona with him wherever he went. There are many legends which are still told to this day, one of which involves him pulling a gun on an aeroplane.

Bhadase wore many hats in his lifetime. He was a businessman, a politician, a trade union leader and a Hindu leader. To a younger generation, the name Bhadase Sagan Maraj is relatively unknown. To an older generation, he is one of the most polarizing figures of his time. Regardless of one’s personal feelings, there is no denying that he was a pillar of the Indian community and the Sanatan Dharma Maha Sabha remains a pillar of our society. 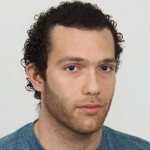