The movie Avatar inspired by Indian philosophy and culture

The movie Avatar inspired by Indian philosophy and culture

There is so much borrowings from Hinduism by the Abrahamic religions, Western philosophies, laws (from Manu) and culture but hardly any mention of the source. As an example: How many people know that the word "man" is derived from Indian MANU, meaning the "archetypical man" or 'human-kind'. "Manu ( Sanskrit :  मनु ) is a term found as various meanings in  Hinduism . In early texts, it refers to the archetypal man, or to the first man ( progenitor of humanity ).

As well, the story of Noah and the Flood is a plagiarized version of Manu who was warned of an impending flood by Matsya (the first of 10 Autaras/Avatars in Hinduism which attests to Evolution well-known in Hindu Dharma) and told to build a boat which he did and Matsya returned to take the boat up the Himalayas, thus saving the human race. This story has now become ‘Noah and the Flood’, where as usual, God is annoyed with his Creation and decided to kill of everyone but Noah and family.

Despite the prototypes taken from Sanatan Dharma/Hinduism, it is villified by followers of the other religions and most Western media. Here is another borrowing, just few days old. On Xmas day, I heard Bishop Collins of the Archdiocese of Toronto say that on Xmas Day, 'God took human form and came to Earth'.  I always thought that God sent his Son, Jesus Christ but now we are told it was God himself who came to Earth.

Isn't this a copy of Hindu Dharma, as in Rama and Krishna , the latest Autaras (becomes Avatar  movie)? About the Movie:  Anyone who has seen the first Avatar  movie would not fail to notice also some copies from Hinduism. I didn't see the whole movie as my 6-year-old grandson, whom I had taken to see it, ate too much popcorn and got sick so had to take him to the restroom.

But a few things I remembered such as the army, which the indigenous inhabitants had formed to oppose the 'bad guys' who had invaded their homeland, had wings and tails - reminiscent of Garuda, Lord Vishnu's divine eagle, his  vahana   (or winged vehicle in modern parlance) and the Vanaar army (deprecated as monkeys) of the Ramayana. As well, the young 'lady' who took over as leader from her deceased father was named NEYTHRI who appears again in this sequel). Sanskrit: Neythri = leader.

James Cameron, the creator/director of the Avatar serial admitted the copying. He even said he was fascinated with Hindu 'mythology' but also that he didn't want be more specific so as not to offend Hindus.

Now, in the plot of this  Avatar 2      is the borrowing of AMRITA, the elixir of life/ immortality which the Devas and Asuras agreed to churn the ocean (Samudra Manthan) for and which the Devas got hold of so that the Asuras wouldn't and become immortal.   See it the mentioned in the screen-shot of part the movie's plot. 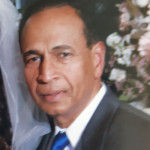