The Opposition PNC in Guyana cannot accept defeat in elections

The Opposition PNC in Guyana cannot accept defeat in elections

Guyanese on both sides of the divide periodically complain about “governance” – mostly when they are out of office – and talk about crafting a new constitution that would address the issue. However, while we choose to ignore it, it must be admitted that one of the challenges facing us when we discuss our constitution is that because it was crafted by Shahabudeen and others to confirm Burnham’s megalomanic compulsion to “legalise” his dictatorship, all such exercises are akin to daubing lipstick onto a pig. It remains a pig and will remain so unless the PPP jettisons its Burnhamite premises on constitutions.

We went through constitution reform exercises back in 1996, and then again more extensively in 1999/2000 after the PNC bludgeoned the PPP government to the bargaining table. That neither excursion changed the political climate or the PNC’s political behaviour - even though the process received their full cooperation and ultimate sanction in Parliament - should signal that there is something radically wrong with their politics. And that something is signalled by the present imbroglio over not even a mere subset of our constitution – the electoral system – but the implementation of what should have been a routine matter – the appointment of the Elections Commission’s electoral officers.

PNC abused it power when in Government

Take for instance one of the most revolutionary constitutional changes of 2000 to accommodate the PNC’s contention that the Public Accounts Committee (PAC), which as Opposition, they Chaired, was merely conducting audits of governmental actions long past. The constitutional innovation was to introduce four Parliamentary Sectoral Committees (PSCs) that were mandated to “scrutinize” the entire gamut of governmental operations in real time. They had the power to summon any governmental officer to explain what might be going on with any project. But yet, in the past year and a half, while they have been complaining about every program the PPP government unfurled – from flood relief to COVID 19 vaccinations – they have convened no meeting of the appropriate PSC.

So, the problem of the PNC and governance does not lie in the Constitution per se, but in their refusal to accept the fundamental tenet of democracy that is implicit in the notion of a constitution to authoritatively allocate power in the state. The British idiosyncrasy of an “unwritten constitution” reinforces Ambedkar’s dictum that explicitly stated rules, in and of themselves, may be necessary but are not sufficient for a democratic order. The rules have to be embedded within and be supported by a wider political culture that gives life through the actions of good men to the rules in developing the wider network of informal traditions, accommodations, informal pro quid quos that make stable societies function. This element is missing in Guyana.

The PNC has demonstrated time and again that when it comes to power, their guiding principle is brutally simple: “What is ours is ours and what is the PPP’s in negotiable – through force if necessary”.  During their 33 years in power, they proved that our fundamental problem is of the use and inevitable abuse of power and that the challenge is to prevent that abuse and direct it to ends that serve the national interests. This notion is rooted in the fallibility of man… the belief that no man or group of men, should be entrusted with absolute power over other men as we saw with the PNC between 1964-1992. This tendency is exacerbated when a country has groups that are racially or ethnically different, as Guyana, since it becomes so much easier to demonise the “other” and resort to extreme measures to assert one’s position.

This, the PNC still does not accept. 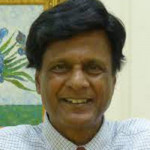