The Trinidad and Tobago government’s decision to withhold the merit list of the students who have passed the SEA examination is both a disappointment and vexing to say the least. The reason put forward by the Minister of Education seems to me to be without merit.

When was the decision made? Was it a cabinet decision? Were the stakeholders in education consulted: TUTTA, the denominational boards, the NPTA, etc. Did they know in advance?   Why was this decision dropped on an unsuspecting public on the day of the results? Why dash the hopes of the high performing children who were looking forward with anticipation to being on the national merit list. Is it now public policy to stop celebrating excellence in performance so that underperformers won’t feel badly about their performance?

Perhaps there something more sinister at work, the PNM have had a history, a pattern of denying and depriving students who have deserved it over the years by cutting scholarships, removing scholarships from being based on merit even secret scholarships that evades public scrutiny and interrogation!

Our education system is one that is based on meritocracy when we remove the element of competition what we are in fact doing is dumbing down the system, making it difficult to track true growth and development of these students as they journey through high school and beyond.

The sea merit list is now subject to manipulation. Based on past experience, we the public, have good reason to suspect government’s involvement in this manipulation. Interestingly enough, there has been no scientific study and data to support this decision, not by UWI or UTT, or any other local body or researcher.

We are left to wonder is there more in the mortar than the pestle?   Is this non-disclosure policy because of the dramatic decline in top performance from 3% to 0.47% ? Is the overriding reason really the continuing poor performance of the Ministry of Education as the number of students scoring under 30% in sea increases, and the decrease in performance overall? The Minister of Education was quick to point out in another article that 50% of the students scored below 50% and this was a worldwide trend, instead of taking responsibility for the failure to deliver even during COVID on excellence in education!

The blame was laid squarely upon COVID but the response to COVID was man-made, and so it shows quite clearly that the government failed the students in managing education in COVID.

There is a danger in the new precedence being set by the Ministry of Education! Will the Minister now withdraw participation in international benchmark tests in language and mathematics since it is quite common that this country underperforms in these tests? Now that the Ministry of Education is prepared to remove objectives and targets that set standards for schools to aspire, could they name the study that shows the same? Where is the evidence that's sea list traumatizes students and teachers? In fact, it is a great honour to have your name appear on the list.

I make an appeal to the Minister to reverse her decision and name the students so that they may properly celebrate their achievements. 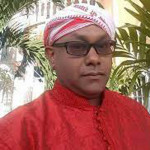