Will there be Political Change in Fiji

Will there be Political Change in Fiji ~ Fiji elections Wednesday

Fiji goes to the polls on Wednesday (Tuesday Guyana time). This will be the third election since democracy was restored in 2014 after a military coup in 2006 by the current ruler, Prime Minister Commander Frank Bainimarama. Fiji also experienced military coups in 1986, 1988, and 2000. Elections are ethnically polarized. Will there be political change?
Thus writer visited Fiji several times from the 1990s till now. I also spoke at several universities and public events on politics and Indian indentureship. I published several articles on Fiji as well as on the Fijian diaspora interacting with them in several countries not least being New Zealand and Australia and in San Francisco, USA.
Fiji islands i is made up of mostly Melanesians, some Polynesians, and Indians with a sprinkling of Chinese and Europeans. Indians came to Fiji under similar circumstances as Indian Guyanese. There has been a recent influx of Pakistanis and Bangladeshis who the opposition claims have acquired passports for electoral purposes. The opposition claims recent immigrants are very close with the powerful Attorney General incumbent de facto Deputy Prime Minister  Aiyaz Sayed-Khaiyum. 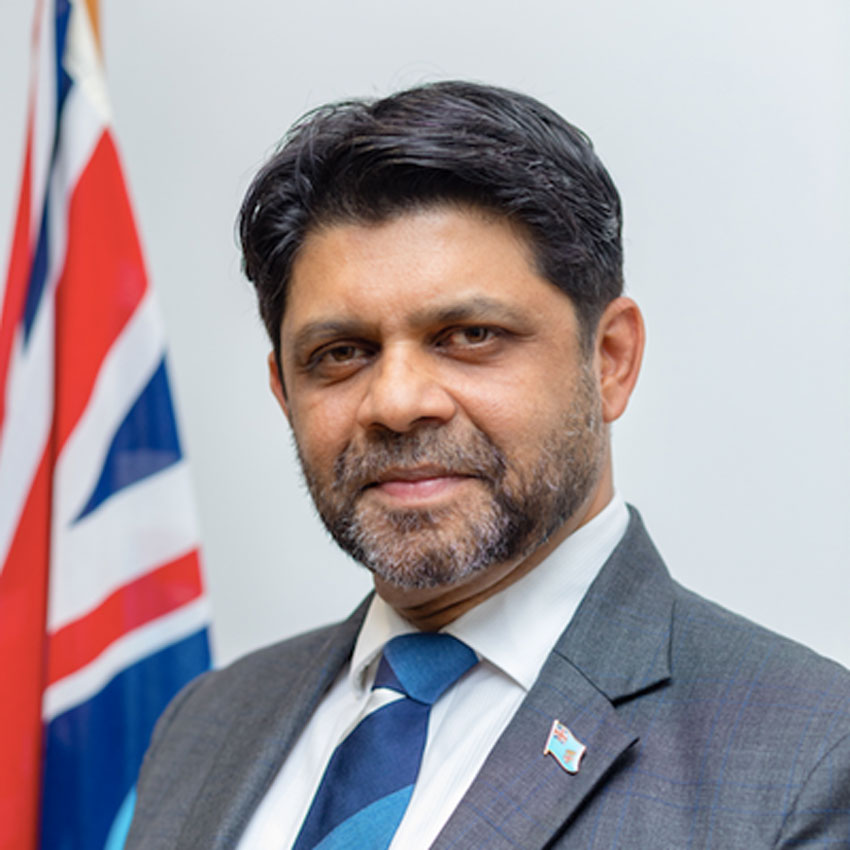 Politics in Fiji is racially polarized and political parties are (with one exception) ethnically based similar to Guyana. Governments led by or dominated by Indians were toppled by the armed forces controlled by ethnic Melanesians. Indians, descendants of girmityas, formed a majority of the population since the 1970s in the polarized pluralist archipelago nation but have not been able to hold power. They began migrating after the 1986 coup and currently constitute under 40% of the population. Hundreds of thousands of Indians have settled in Australia, New Zealand, UK, California, British Columbia, and Ontario.  This writer did research among Indian Fijians and their diaspora.  Their culture, cuisine, religious practices, and traditions are similar to Indian Guyanese. Some Indian Fijians are married to Guyanese and Trinidadians in Canada, USA, and UK. A few Guyanese were settled in Fiji and a few African Guyanese studied at USP on scholarships as I discovered on occasional guest lectures at several universities on the main island.
Cognizant of concerns of the election outcome, the head of the army and police have pledged to respect the vote result in response to media questions. There is a strong media presence from Australia and New Zealand. Reporters from UK and USA are also monitoring the elections as are Commonwealth observers.
Going by projections from independent media and opinion polls, the incumbent Fiji First Party (FF) of Bainimarama is trailing the opposition parties. This was also my view in my last visit to the island traveling around and querying voters.
The government is extremely unpopular and faces the prospect of a resounding defeat. It will take some doing, including creative handling of voting and the counting, for it to pull off a victory. A victory cannot be ruled o. Anything can happen considering that opponents and critics have been harassed. There are concerns about potential voter fraud and whether the government will accept the outcome if it loses.
As it stands, the combined opposition of several parties contesting separately, is ahead of Fiji First. The opposition parties have agreed to come together to form a government if they win a majority of seats to keep out FF. A majority of Indians are backing FF. Since 2014, Indians have been overwhelmingly voting for FF because of promise of protection from racial violence and a coup. FF has offered relative equality to Indians general peace and calm in the nation. If a third or even 20% of Indian voters defect  from FF, it will lose. There are growing political fissures among Indians of varied religious backgrounds. Indian Muslims and Pakistani and Bangladeshi migrants eligible to vote, are strongly supporting FF. Hindu bhajan singers were recently attacked by a government Minister; this has resulted in some Hindus moving away from FF. Hindu voters seemingly hold the balance of power. If enough of them defect from FF, it will lose. The small but growing number of Christian Indians are supporting FF.
Like Guyana, Fiji has a PR system with a unicameral parliament. A nominal President, elected by majority of the parliament, serves as for a three years term; there is no term limit.  The President is head of state while the Prime Minister, leader of the majority, is head of government.  The President appoints the PM. There are 51 seats in the parliament; 26 is needed to form a government. The incumbent had 27 seats. Members are elected for a four year term. 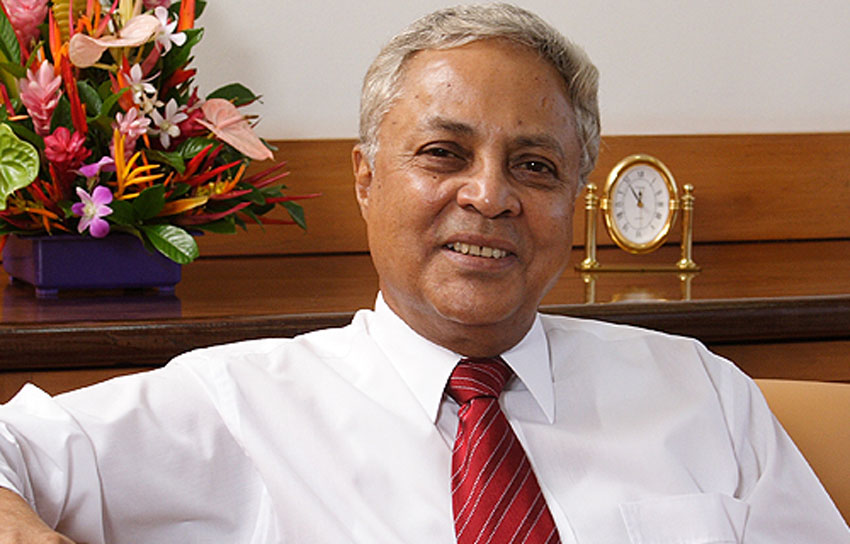 Unlike Guyana, a party must cross a minimum threshold of 5% of total valid votes to be awarded seats in parliament. Only three parties qualified for seats in the 2018 election. The same is likely in Wednesday’s election with the possibility of two more crossing the mark. If this happens, Fiji First may be out of government.
People’s Alliance (PA), a new party of  ethnic Fijians, and the NFP, historically a party of Indians with some recent cross over vote, will win seats. The PA is led by former PM, Ret’d General Sitiveni Rabuka, is capturing the bulk of the ethnic Fijian vote. Ethnic Fijians are upset with FF which is not making gains from among them.  NFP is led by retired USP professor Biman Prasad and is making gains among Indians from the three seats won in 2018. The official opposition, SODELPA, a party of ethnic Fijians, will lose most of its 21 seats to PA. Labor Party, led by former PM Mahendra Chaudhry, and which won an overwhelming majority in 1999 triggering the 2000 coup, faces an uphill task to reach 5%. No other party will get 5% to qualify for seats. 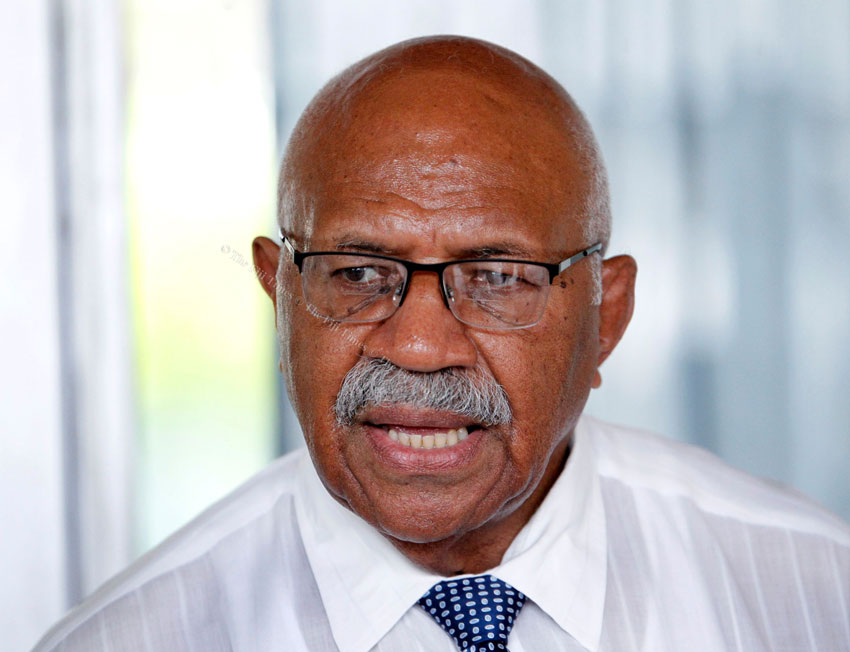 The USA, Australia, and New Zealand are worried about China’s growing influence on the Bainimarama government. They have condemned political harassment and crack down in the media and free speech. But they are not taking sides in the election, fearing alienating themselves from the Bainimarama regime should it win a third consecutive term.
Speculation is rife about what will happen should the incumbent lose. There is a threat of racially inspired violence. Indians were at the receiving end of all election related or coup violence. FF has promised security and stability. This could cause disgruntled Indians to stay in the FF camp. The opposition remains confident of inroads among Indians and ethnic Fijians and victory.
Yours truly,
Vishnu Bisram
Will there be Political Change in Fiji Fiji elections Frank Bainimarama Fiji Mahendra Chaudhry Aiyaz Sayed-Khaiyum Sitiveni Rabuka Dr Vishnu Bisram